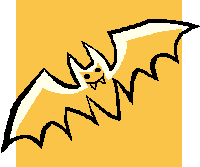 Older fans of the Diary of a Wimpy Kid series will enjoy reading the first book in Tim Collins's series, Notes From a Totally Lame Vampire.

Nigel is a teenage vampire who is approaching his 100th birthday. His vampire parents tell him that his family, which includes his parents and little sister, are the only vampires that have survived. Life for Nigel is quite disappointing and as the title says "lame." He doesn't have the strength or speed of most vampires; he's unable to mesmerize humans and he is not beautiful or attractive to humans. When new girl Chloe starts at Nigel's school, he falls in love with her. But can he share his secret with her and will she return his love?

Recommended for grades 8th and up.
Posted by Samantha at 11:03 AM