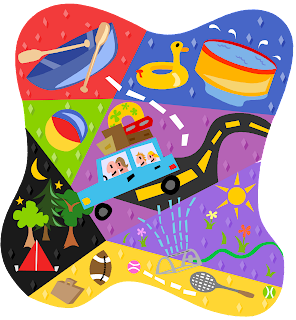 The following is list of suggested summer reading titles for 6th graders. This list was compiled by Children’s Outreach Librarian Samantha Tai at the Vineland Public Library. All titles are available at the Vineland Public Library. Please note that students are not required to read a title from this list. They may pick any title that is deemed grade appropriate. Please see a librarian for the location of the following books or for other suggestions.

Almost Astronauts: 13 Women Who Dared To Dream by Tanya Lee Stone
The fight for women to become part of the space program began in the 1960s. Thirteen women fought to be admitted into the space program and were not allowed in even though they passed all the tests, many times surpassing the men who were given the same tests. Despite the prejudice and adversity that these women met, they persevered. They never made it to space, but because of their efforts and fights women are allowed in the space program today. (J 920 Sto)

Among the Hidden by Margaret Peterson Haddix
In a future where the Population Police enforces the law limiting a family to only two children, 12-year-old Luke has lived his entire life in isolation and fear on his family's farm, until he becomes convinced that maybe the government is wrong. (J FIC Haddix)

Emerald Atlas, The by John Stephens
Kate, Michael, and Emma have passed from one orphanage to another in the 10 years since their parents disappeared to protect them, but now they learn that they have special powers, a prophesied quest to find a magical book, and a fearsome enemy. (J FIC Stephens & J AUD CD FIC Stephens)

Faraway Island, A by Annika Thor
During World War II, two sisters are sent from Vienna to live with foster parents in Sweden until their parents can arrange to get visas so that they can all go to the United States together. They are supposed to be placed in the same home, but unfortunately are separated. Nellie, being the younger sister, has a much easier time adjusting to living in a new country. In addition to having a difficult time in school, Stephie has a very strict foster mother. As time goes by, Stephie realizes that she may be staying in Sweden much longer than the six months her father promised. (J FIC Thor & J AUD CD FIC Thor)

Goose Girl, The by Shannon Hale
On her way to marry a prince she's never met, Princess Anidori is betrayed by her guards and her lady-in-waiting and must become a goose girl, a forest worker who gathers the royal geese, to survive until she can reveal her true identity and reclaim the crown that is rightfully hers. (YA FIC Hale)

Maze Runner, The by James Dashner
Sixteen-year-old Thomas wakes up with no memory in the middle of a maze and realizes he must work with the community in which he finds himself if he is to escape. (YA FIC Dashner & AUD CD YA FIC Dashner)

One Crazy Summer by Rita Williams-Garcia
In the summer of 1968, after travelling from Brooklyn to Oakland, California to spend a month with the mother they barely know, 11-year-old Delphine and her two younger sisters arrive to a cold welcome as they discover that their mother, a dedicated poet and printer, is resentful of the intrusion of their visit and wants them to attend a nearby Black Panther summer camp. (J FIC Williams-Garcia)

Operation Redwood by Susannah T. French
Julian Carter-Li intercepts an angry e-mail message meant for his greedy, high-powered uncle and learns his uncle's company plans to cut down some of the oldest and last California redwood trees. It's up to Julian and a ragtag group of friends to stop them. (J FIC French)

Out of My Mind by Sharon Draper
Eleven-year-old Melody has a photographic memory. Her head is like a video camera that is always recording. She's the smartest kid in her whole school but no one knows it. Melody has cerebral palsy and is unable to speak. Her teachers and doctors consider her incapable of learning until a technological device allows her to speak for the first time. (J FIC Draper)

Percy Jackson and the Olympians series by Rick Riordan
Beginning with the first book, The Lightning Thief, 12-year-old Percy Jackson learns he is a demigod, the son of a mortal woman and a god. His mother sends him to a summer camp for demigods where he and his new friends set out on a quest to prevent a war between the gods. If you read The Lightning Thief, make sure to watch the movie based on the book! (YA FIC Riordan & AUD CD YA FIC Riordan)

Ring of Fire: Century Quartet Book 1 by Pierdomenico Baccalario
Four seemingly unrelated children are brought together in a Rome hotel where they discover that they are destined to become involved in a deep and ancient mystery involving a briefcase full of artifacts that exposes them to great danger. (J FIC Baccalario & J AUD CD FIC Baccalario)

Scorch Trials, The by James Dashner
In the sequel to The Maze Runner, after surviving horrific conditions in the Maze, Thomas is entrapped, along with 19 other boys, in a scientific experiment designed to observe their responses and gather data believed to be essential for the survival of the human race. (YA FIC Dashner & AUD CD YA FIC Dashner)

Shakespeare’s Secret by Elise Broach
Named after a character in a Shakespeare play, misfit sixth-grader Hero becomes interested in exploring the unusual connection between a valuable diamond supposedly hidden in her new house, an intriguing neighbor, and the unexpected attention of the most popular boy in school. (J FIC Broach)

Strange Case of Origami Yoda, The by Tom Angleberger
Sixth-grader Tommy and his friends describe their interactions with a paper finger puppet of Yoda, worn by their weird classmate Dwight, as they try to figure out whether or not the puppet can really predict the future. Includes instructions for making an Origami Yoda. (J FIC Angleberger)

Turtle in Paradise by Jennifer Holm
In 1935, when her mother gets a job housekeeping for a woman who does not like children, 11-year-old Turtle is sent to stay with relatives she has never met in far away Key West, Florida. (J FIC Holm & J AUD CD FIC Holm)

When You Reach Me by Rebecca Stead
As her mother prepares to be a contestant on the 1980s television game show, "The $20,000 Pyramid," a 12-year-old New York City girl tries to make sense of a series of mysterious notes received from an anonymous source that seems to defy the laws of time and space. (J FIC Stead & J AUD CD FIC Stead)

World Without Heroes, A by Brandon Mull
Fourteen-year-old Jason Walker is transported to a strange world called Lyrian, where he joins Rachel, who was also drawn there from our world, and a few rebels, to piece together the Word that can destroy the malicious wizard emperor, Maldor. This is the first book in the Beyonders series.  (J FIC Mull)