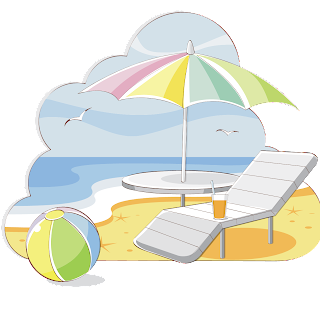 The following is list of suggested titles for 8th graders. This list was compiled by Children’s Outreach Librarian Samantha Tai at the Vineland Public Library. All titles are available at the Vineland Public Library. Please note that students are not required to read a title from this list. They may pick any title that is deemed grade appropriate. Please see a librarian for the location of the following books or for more suggested titles.

As Easy As Falling Off the Face of the Earth by Lynne Rae Perkins
A teenage boy encounters one comedic calamity after another when his train strands him in the middle of nowhere, and everything comes down to luck. (YA FIC Perkins)

Finnikin of the Rock by Melina Marchetta
Now on the cusp of manhood, Finnikin, who was a child when the royal family of Lumatere was brutally murdered and their throne was taken over by a usurper, reluctantly joins forces with an enigmatic young novice and fellow exile, who claims that her dark dreams will lead them to a surviving royal child and a way to regain the throne of Lumatere. (YA FIC Marchetta & AUD CD YA FIC Marchetta)

Found by Margaret Peterson Haddix
When 13-year-olds Jonah and Chip, who are both adopted, learn they were discovered on a plane that appeared out of nowhere, full of babies with no adults on board, they realize that they have uncovered a mystery involving time travel and two opposing forces, each trying to repair the fabric of time. (J FIC Haddix)

Framed! by Malcolm Rose
Sixteen-year-old Luke Harding is the youngest person ever to qualify for the position of forensic investigator, and he is about to get his first real case. A young student has been mysteriously shot and killed by an arrow. The boy’s murder is quickly followed by two more grisly deaths and all clues lead back to Luke himself. (J FIC Rose)

I’d Tell You I Love You, But Then I’d Have to Kill You by Ally Carter
Cammie Morgan is a student at the Gallagher Academy for Exceptional Young Women, a fairly typical all-girls school—that is, if every school taught advanced martial arts in PE and the latest in chemical warfare in science, and students received extra credit for breaking CIA codes in computer class. The Gallagher Academy might claim to be a school for geniuses but it’s really a school for spies. Try the other books in the Gallagher Girls series too. (YA FIC Carter)

Lizzie Bright and the Buckminster Boy by Gary Schmidt
In 1911, Turner Buckminster hates his new home of Phippsburg, Maine, but things improve when he meets Lizzie Bright Griffin, a girl from a poor, nearby island community founded by former slaves that the town fathers--and Turner's--want to change into a tourist spot. (J FIC Schmidt & J AUD CD FIC Schmidt)

Lost Conspiracy, The by Frances Hardinge
Two young sisters who live on a beautiful island soon become caught in a deadly web of deceit. Neither girl is exactly what she pretends to be. When they are drawn into a sinister conspiracy, one discovers that the only thing more dangerous than the secret she hides is the truth she must uncover. (YA FIC Hardinge)

Monstrumologist, The by Richard Yancey
In 1888, 12-year-old Will Henry chronicles his apprenticeship with Dr. Warthrop, a scientist who hunts and studies real-life monsters, as they discover and attempt to destroy a pod of Anthropophagi. For further adventures about Will Henry and Dr. Warthrop, check out the sequels The Curse of the Wendigo and The Isle of Blood. (YA FIC Yancey)

My Life in Pink and Green by Lisa Greenwald
When the family's drugstore is failing, seventh-grader Lucy uses her problem-solving talents to come up with a solution that might resuscitate the business, along with helping the environment. (YA FIC Greenwald)

Peace, Love and Baby Ducks by Lauren Myracle
Fifteen-year-old Carly's summer volunteer experience feels more real to her than her life of privilege in Atlanta ever did, but her younger sister starts high school pretending to be what she is not, and both find their relationships suffering. (YA FIC Myracle)


Saffy’s Angel by Hilary McKay
After learning that she was adopted, thirteen-year-old Saffron's relationship with her eccentric, artistic family changes, until they help her go back to Italy, where she was born, to find a special memento of her past. (J FIC McKay & J AUD CD FIC McKay)

They Called Themselves the K.K.K.: The Birth of an American Terrorist Group by Susan Campbell Bartoletti
“Boys, let us get up a club.” With those words, six restless young men raided the linens at a friend’s mansion, pulled pillowcases over their heads, hopped on horses, and cavorted through the streets of Pulaski, Tennessee. The six friends named their club the Ku Klux Klan, and, all too quickly, their club grew into the self-proclaimed Invisible Empire with secret dens spread across the South. Includes personal accounts from oral histories, congressional documents and diaries. (YA 322.42 Bar)


Trash by Andy Mulligan
Fourteen-year-olds Raphael and Gardo team up with a younger boy, Rat, to figure out the mysteries surrounding a bag Raphael finds during their daily life of sorting through trash in a third-world country's dump. (YA FIC Mulligan & AUD CD YA FIC Mulligan)

Fifteen-year-old Laurel has always known she was different from other teenagers, but she's about to learn just how different she is. She doesn't eat the food that most of her teen peers eat—she's a vegan, sticking to salads and peaches and other fruit. When she grows a flower blossom that look like wings on her back, she begins to investigate her past and learns some extraordinary things about herself. Continue the trilogy with Spells and Illusions. (YA FIC Pike)