A closing reception will take place on Wednesday, July 31 at 1:00 p.m. in the Doris Tripp Room and Community Event Room. The community is invited to this event.

The exhibit features professional and non-professional artists age 60 and over from Cumberland County. Art in a wide variety of mediums is featured in this exhibit including oil, acrylic, watercolor, sculpture, photography and craft. This is a juried exhibit and 1st place winners may be eligible to compete in the 2013 New Jersey Senior Citizen Juried Art Contest and Exhibition in the fall. The event is coordinated by the Cumberland County Office on Aging and Disabled. For more information, call the Cumberland County Office on Aging at (856) 453-2220.
Posted by Christine at 9:00 AM No comments:

Tonight from 6-7:30 in the Community Event Room Paul M. Somers will speak about Music From the Far North.

Paul will discuss music from Scandinavia, the Faroe Islands, Iceland, Canada and other northern regions. For more information about the Bay Atlantic Symphony and locations and times for their concerts, please visit their site.

Posted by Christine at 11:55 AM No comments:

Information on art exhibitions and displays


Vineland Public Library welcomes the use of its facilities for art exhibitions and displays.
The Doris Tripp Room is used for art exhibits and has 64 running feet of exhibit area. Each exhibitor is responsible for delivering, hanging, arranging and removing his/her work unless other arrangements are made.. Paintings must be framed, wired and ready to be hung. The library will provide gallery rods for hanging. This room is usually booked one to two years in advance.
The library has several exhibit cases available. Cases are usually booked several months in advance.

Please contact the library at 794-4244 X4732 for further information and to make an appointment for using the library for an art exhibit or display.
View current and upcoming exhibits/displays
Posted by Christine at 9:00 AM No comments: 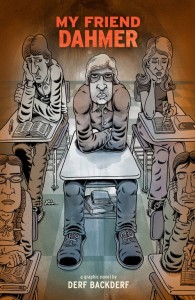 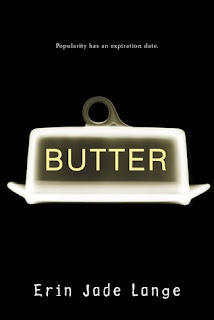 Butter is a morbidly obese high school student who introduces readers to his world in this young adult fiction novel. Butter seems to want the same things other kids his age want, but it is harder for him to attain them because of his weight. He is often taunted, but for the most part is the invisible kid at school. He longs for a relationship with his classmate Anna, and he sort of has one with her. Butter pretends to be a kid who attends a nearby high school over the internet to win Anna’s heart. Butter’s discontent with life reaches a boiling point and he proclaims via a blog that on New Year’s Eve he will stream live footage of him eating himself to death. Soon thereafter Butter becomes the most popular kid at school.

It is the aftermath of Butter’s proclamation that makes the story most interesting. Why would anyone think what Butter was doing cool? Do they really want to watch him die? Do they really like him once they get to know him? I asked myself these questions often, and found some answers by the ending. Lange shows us how cruel kids can be to each other, and how blinding the incentives of popularity can be.

Since July is National Blueberry Month, go out and enjoy! Use them in pancakes, on ice cream, or eat them by the handful. Want to know what else you can do with blueberries? Try one of our cookbooks!

How to Bottle Fruit, Vegetables, Chicken, Game, Tomatoes & How to Make, Jams, and Jellies, Fruit Wines And Pickles by George Fowler 641.4 FOW

In honor of Independence Day, the Vineland Library will be closed on Thursday, July 4. We'll reopen on Friday July 5 at 10am.
Posted by Christine at 9:00 AM No comments:

Imagine tripping over a small piece of metal as you walk through the woods. On closer inspection you find that it is embedded in the forest floor. Most of us would be annoyed and perhaps grabbing at our stubbed toe, but inevitably we would walk away and likely forget about it. This scenario plays out early on in King’s novel for Roberta “Bobbi” Anderson. Bobbi can’t simply walk away. Bobbi investigates the metal and soon finds that she must unearth whatever it is. Curiosity turns to obsession, and the obsession soon rubs off on others throughout town. Strange mind reading powers start to possess the people, and they begin to manipulate small devices/electronics and change them into inventions unheard of.

The Tommyknockers will appeal to King fans as well as fans of aliens. While I am a King fan and did enjoy the book, I would not say it was my favorite. The ending seemed quite drawn out and I felt the book would have been a bit more enticing had the altered machines had a bigger role. Perhaps what makes the book most interesting is Bobbi’s eventual realization that her obsession and complete change of self was all for something that was not nearly as wonderful as she pictured it to be.