From 2-3 p.m. in the Community Event Room by the rear sliding doors. This month's book is Room by Emma Donoghue. Anyone who has read the book is welcome to attend!

February's book display is all about Cozy Mysteries! Interested in a good mystery but without the gore? Try these favorite authors

Olympia: A Leni Riefenstahl Film DVD 796.48 OLY
Documents the 1936 Summer Olympics, held in the Olympic Stadium in Berlin, Germany. It was the first ever documentary feature film of the Olympic Games and used advanced motion picture techniques, which later became industry standards.Warning: Controversial due to political context.

A look at the creation of the American team for the Olympics in 1896, and of their journey to get to Athens, where the games were being held. Rating: Not Rated

Chariots of Fire DVDP 7186
Two young British sprinters competing for fame in the 1924 Olympics. Eric, a devout Scottish missionary runs because he knows it must please God. Harold, the son of a newly rich Jew runs to prove his place in Cambridge society.
Rating PG

Cool Runnings DVDP 1392
Based on the true story of the first Jamaican bobsled team trying to make it to the winter Olympics. Rating PG

Based on the true story of a female rower who fails to make the Olympics for the second time and decides to take a coaching job at a school. Rating PG

Munich DVDB 0399
It's the 1972 Olympics and PLO terrorists have just kidnapped and murdered 11 Israeli athletes.  After several terrorists have gone free, the Israeli government recruits Avner a team to hunt down those responsible and eliminate them. Rated R

The triumph and tragedy of Native American Jim Thorpe, who, after winning both the pentathlon and decathlon in the same Olympics, is stripped of his medals on a technicality. Rating: Not Rated

Paul Somers, Director of Adult Education for the Bay Atlantic Symphony, will present a lecture titled “Singing in the Home and Concert Hall”. 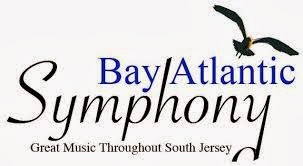 Posted by Christine at 12:30 PM No comments: