Posted by Christine at 8:00 AM No comments:

Book Review for The Shining by Stephen King


The film version of The Shining is definitely eerie and quite a horror classic, but the book is well worth reading even if you have seen the film already. In the movie version there is less emphasis placed on important aspects of the plot that King laid out in the novel. Growing up watching the movie, I always thought Jack Torrence went crazy just because of cabin fever. I recognized Danny Torrence’s shining capabilities, but was not entirely sold on their significance to the story, or at least did not see them as significant enough to warrant naming the story after them. It all makes much more sense now that I read the novel 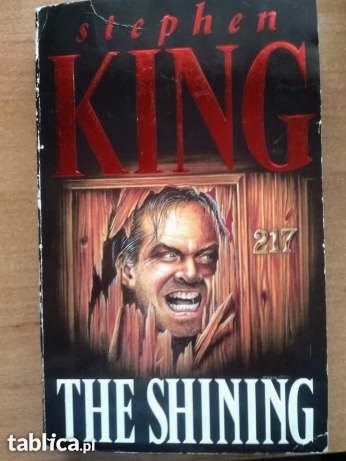 Jack gets a job taking care of the historic Overlook Hotel in Colorado during the bitter cold and snow covered winter months. He and his family are virtually trapped in the hotel once the snow sets in. Yes Jack develops cabin fever, but his eventual insanity and desire to kill his entire family also stems from some serious deep rooted personality flaws. He is a recovered alcoholic with serious anger problems. Drinking destroyed his career and nearly destroyed his family.

Danny shines, or has psychic/telepathic abilities. This capability also allows ghosts to connect with and torment him. The Overlook is chocked full of ghosts from various eras with some really tragic and sometimes criminal background stories. The ghosts take a special liking to Danny and go out of their way to get to him. The family’s struggles and Jack’s eventual drinking binge and insanity largely revolve around the ghosts and their need for Danny. The Shining has a little bit of everything in it. It has drama, it is thrilling, and it is also downright creepy!

If you are looking to read the sequel, Dr. Sleep, I recommend reading The Shining first because some of the original’s lesser known characters make appearances in it.
Posted by Christine at 11:00 AM No comments:

Paul Somers, Director of Adult Education for the Bay Atlantic Symphony, will be here Monday, January 13.

The lecture will focus on Carl Phillipe Emanuel Bach and Christoph Willibald Gluck. Emanuel Bach, son of Johann Sebastian Bach, is famous for his work during the German classical period. His “sensitive style” approach applied the concepts of rhetoric and drama to musical compositions. Christoph Willibald Gluck is best known for his operas, particularly Orfeo ed Euridice and Alceste.
Posted by Christine at 1:00 PM No comments: